Silverware  Cutlery Handles:
The use of silverware style cutlery handles is typically ascribed to knives either early post-war, or pre-war hunting knives, take your pick. This genre is not usually considered to be a war-time derivation. We have a couple in our collection and they both came with this commercial style of sheath or the very late, poorly made, style military sheath. Although they could serve as a fighting knife, the balance is quite poor. Because the handles are hollow they lack the heft of a real fighting knife. 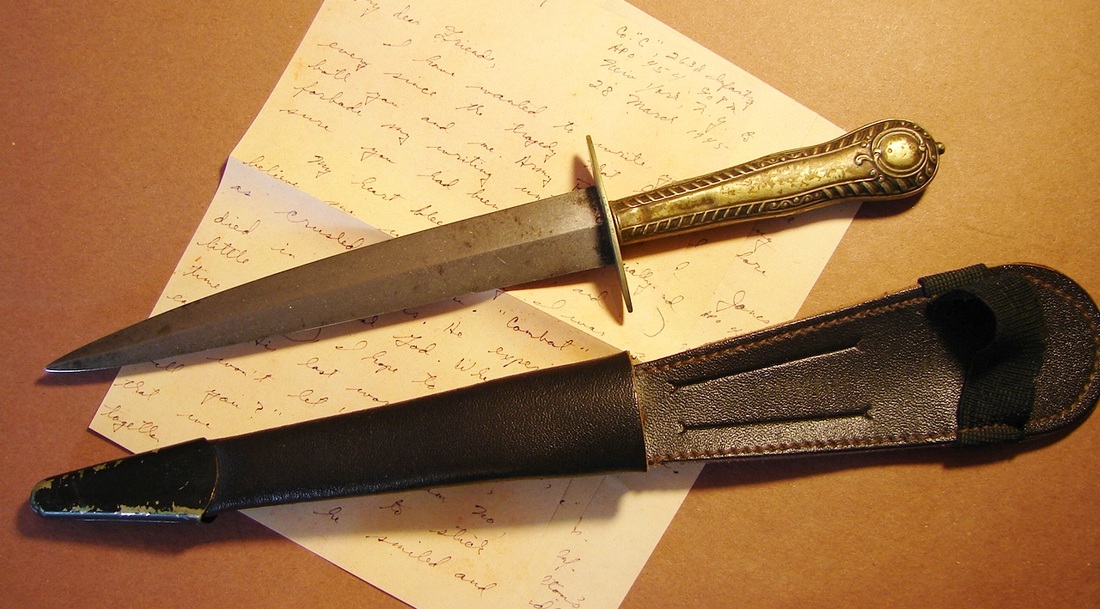 Most often these knives are found with cheap commercial sheaths and thin brass guards. These factors also point toward a post-war manufacture. The fact that the handles are basically glued in place with pine pitch does nothing to inspire confidence in them as a fighting knife either. Would they do the job if called on, maybe, if the handle did not twist or come loose. The blades are the undesirable, thin, late Third Pattern style with all of the ugly cross-grinding marks. The knife shown below is one of the better examples I have seen with a sturdier handle than most. 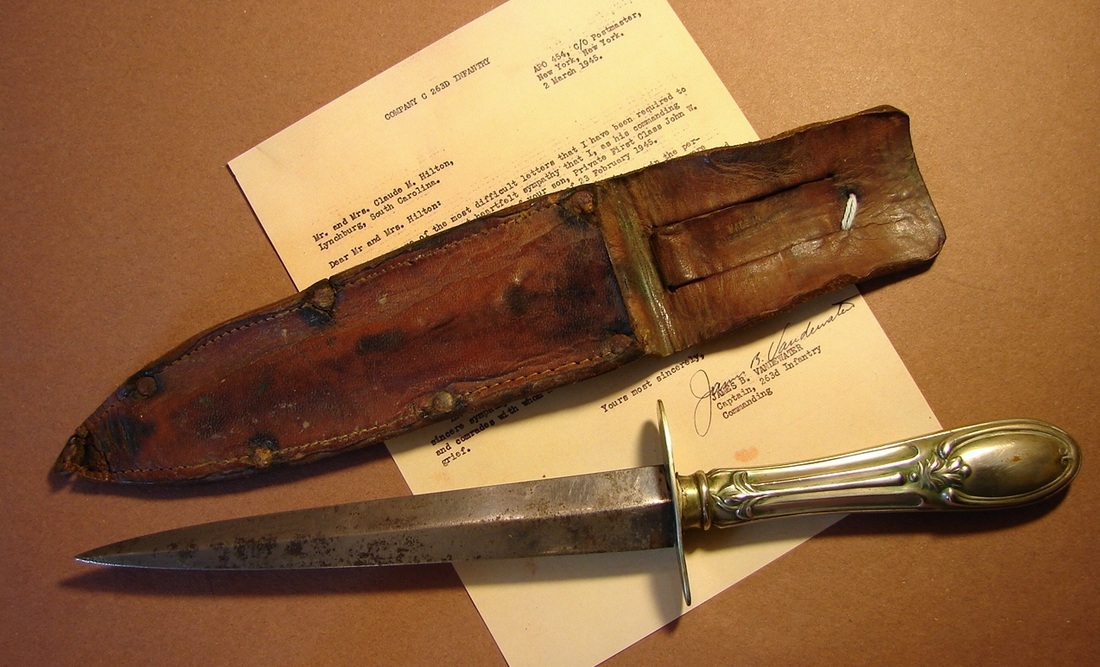 They are not the sort of knife I would invest a lot of money in unless it was simply because you like them. Their collectability is quite low and the opportunity for fakes is high. Some of these same knives could actually be 19th century hunting/fighting knives which could be hard to determine.  The British, German, and French cutlery trade have been producing similar knives for over 200 years.