Friends and Family Stories
Harold Earl Colburn: My grandfather was one of my heroes. He was a civil (bridge) engineer, a surveyor, a forester, and also served in WW-I in the Army Corps of Engineers. He went "Over There" as a part of the AEF American Expeditionary Forces. They were some of the first boots on the ground. Unfortunately all of his wartime photos and memorabilia were lost by my mother. Here is one of the few remaining photos I have of him. He loved to garden, fish, and hunt game birds. The only time he talked about the war was his return cruise aboard the RMS Carpathia Cruise liner converted to a troop ship. He often told me the tale of a circle painted on the deck of the ship where the first survivors of the RMS Titanic were brought aboard. The RMS Carpathia being one of the first  ships to arrive at the scene of the disaster. He never talked to me about the war itself.
Here is the RMS Carpathia in happier days. It was eventually stripped of its fine furnishings and converted to transport troops across the Atlantic. 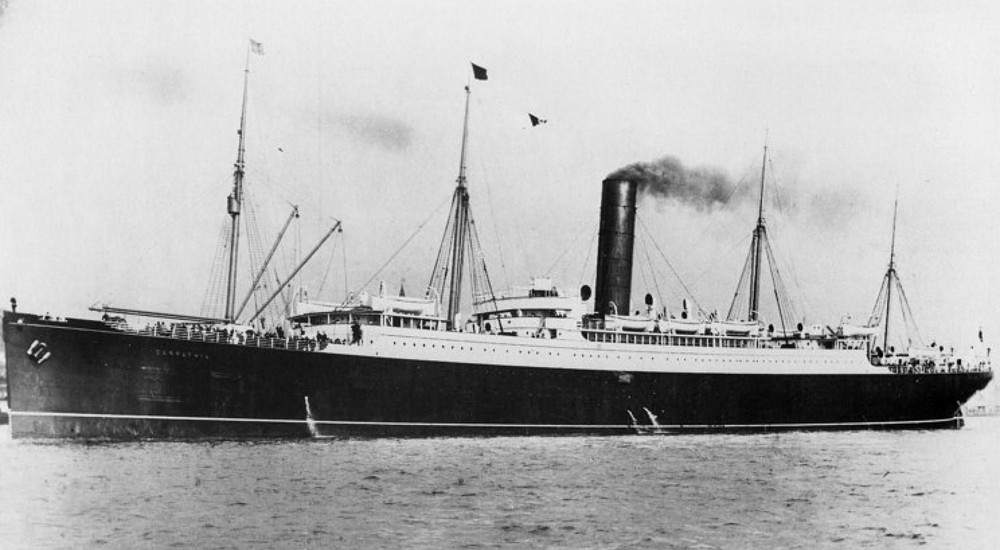 Kim Eugene Decker: Sadly I am posting my younger brother, Kim Eugene Decker's story now. He passed away suddenly at age 58. He served in the US Coast Guard between 1970-74. He served aboard this Ice Breaker and also in small boat service. I am still looking for a photo of him in uniform. Here is a photo of his ship the Glacier which he was very proud of. I believe that it has been scrapped by our Govt. as have many other ships in recent years. 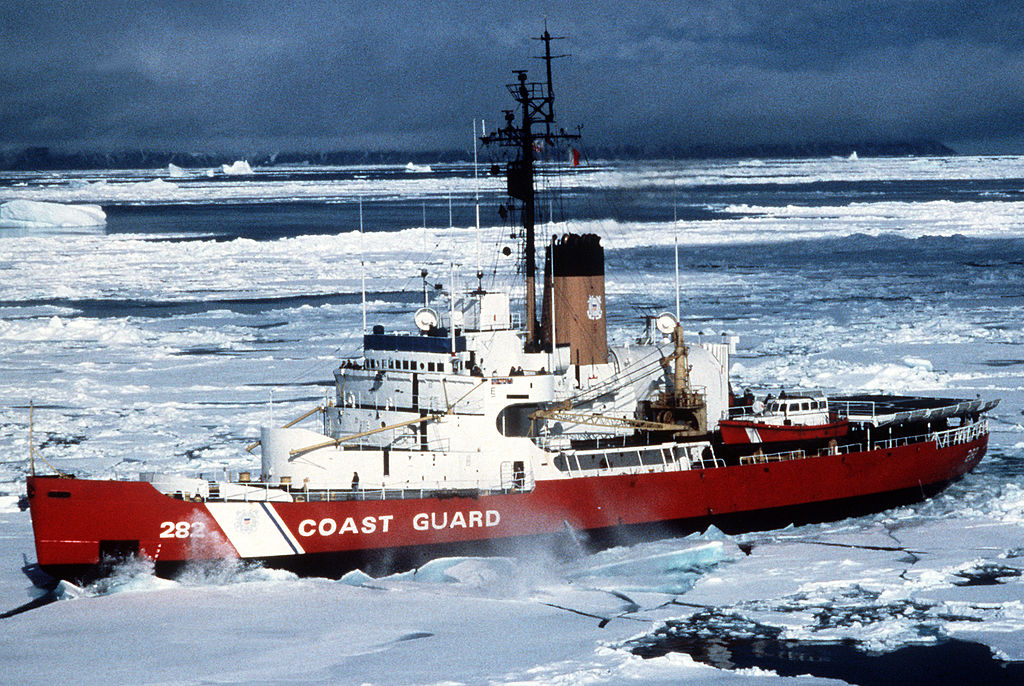 Richard P. Lynch: a dear friend and god Father to our daughter
LCS(L)(3)-1 Class Landing Craft Support  (Large)(Mark3):  Laid down 2 September 1944 at Commercial Iron Works, Portland Oregon; Launched
23 September 1944; Commissioned USS LCS(L)(3)-37, 10 October 1944;  Damaged beyond economical repair at Okinawa, 1945; On 27 April, LCS-37 joined LCS(L)s 24, 38, 39, and 40  for patrol duty in Nakagusuku Wan, where their duty was to seek and sack suicide boats and swimmers. Instead, a "skunk" found it, and at 0227 on 28 April, it suffered a fatal blow by a depth charge that the skunk dropped close by the rear quarter, knocking out all engines. One of the gun crews eliminated the skunk and its three enemy occupants; a fourth was shot in the water close to the side.
Richard Lynch:  "Dick" served in the Pacific in WW-II aboard LCS-37. Dick was issued the small PAL USN MK-I utility knife as shown below in the photo with his medals. 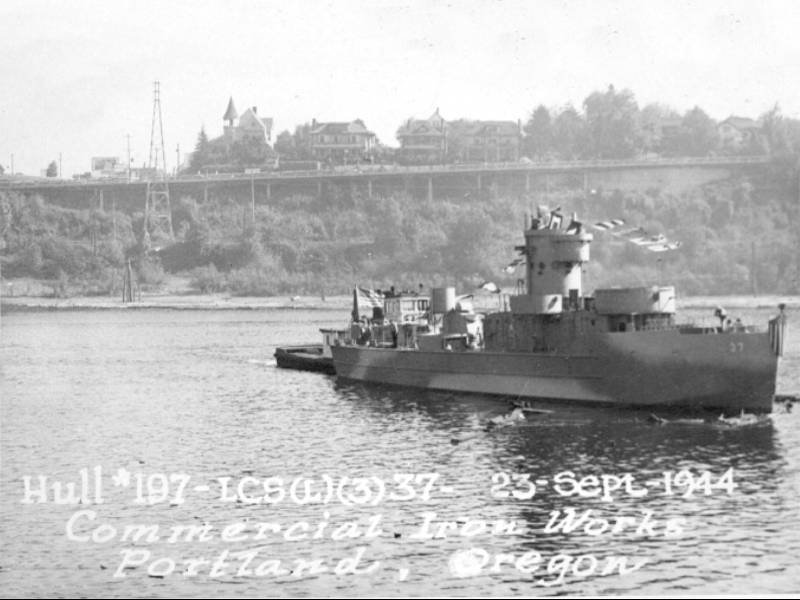 My Father in law:
K.F. Stuckey: My Father in Law served in WW-II in the US Navy. He was an electrician aboard the Battleship USS Colorado BB-45. He entered service in 1943-44 and served in the Pacific Theater. Obviously he never carried a commando knife and never fought hand to hand with his Japanese enemies but he saw his share of action as the US fleet made its way up the island chain toward the Japanese Mainland. The ship was hit several times by Kamikaze strikes and suffered heavy damage. He might have carried a jack knife like this one issued to electricians.
Below: Here is a photo of the USS Colorado entering NY City harbor 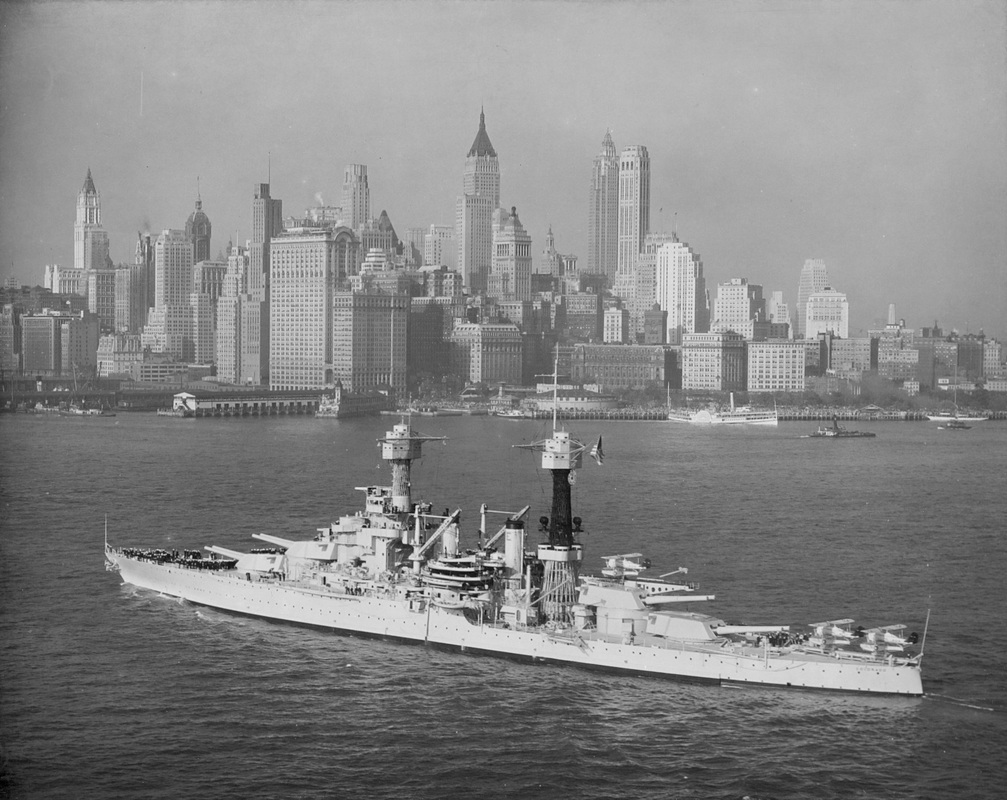 Colonel David W. Decker:
Here’s a story about an F~S that did not go to war and an unlikely knife that did. My father was a career officer in the US Army and made three tours to Vietnam. He was often in the very thick of it including hand-to-hand combat. During one assault by the Viet Cong he used his M-16 rifle on full auto until it burned out, then he picked up a Chinese Nagant and used it as a club until it broke. Finally after night fell they got down to fighting Hand to hand with knives and bayonets. My Vietnamese Step-Mother says the Nagant was broken during one of the assaults up Hamburger Hill.
I purchased the Fairbairn-Sykes shown below for dad after his retirement. It is a 1970s vintage knife made by Venture Knife company. It was the best example I could find at that time and it was about the equal of a William Rodgers or any other F~S coming out of England, (other than a Wilkinson). The blade is marked "LRDG" for Long Range Desert Group, ironic in that he had been deployed to the steamy jungles of Vietnam not an arid desert. But still it was a Fairbairn-Sykes fighting knife. 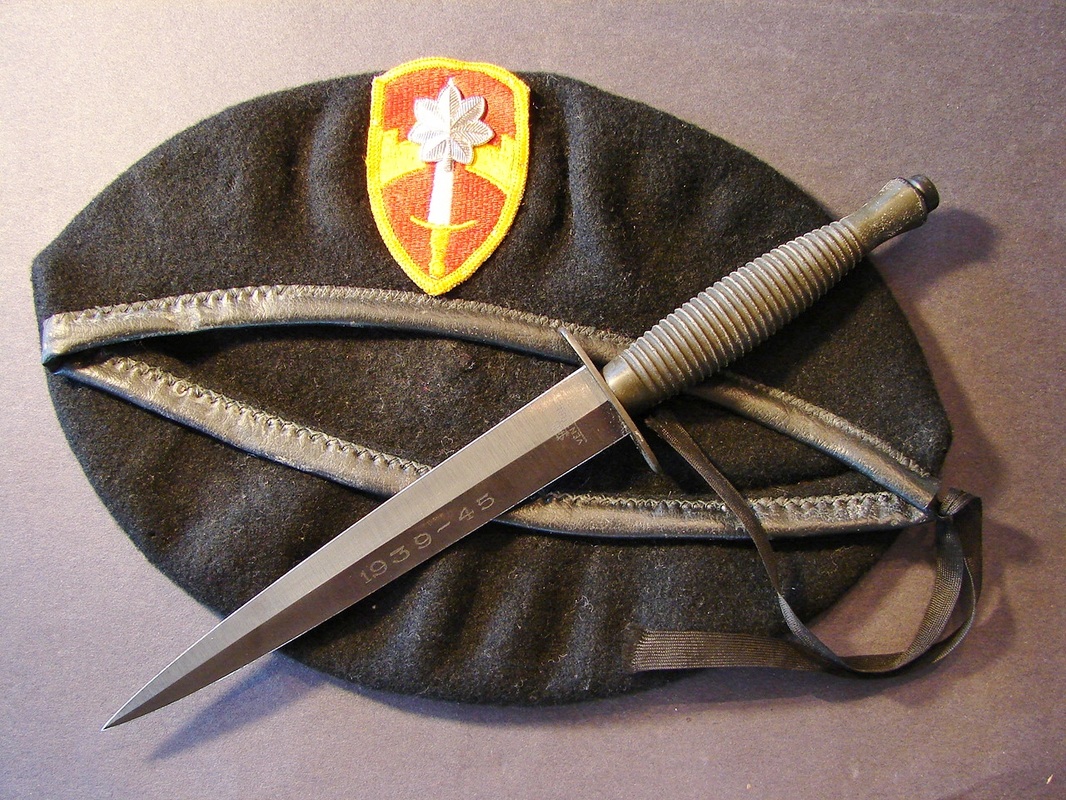 Shown below right is a photo of Major David W Decker (R) and his Vietnamese bodyguard (L) near an orphanage somewhere in Cambodia. After at least four assassination attempts the Viet Cong and NVA didn't kill him but Agent Orange finally did. Better living through Chemistry. To expand on this story, Dad was a major player in the Phoenix program involved in clandestine operations within Vietnam and across borders. There was a considerable reward on his head and due to the nature of his work many people attempted to terminate him. He spent a lot of time in civilian clothes, under cover.
David W. Decker II: My Little Story 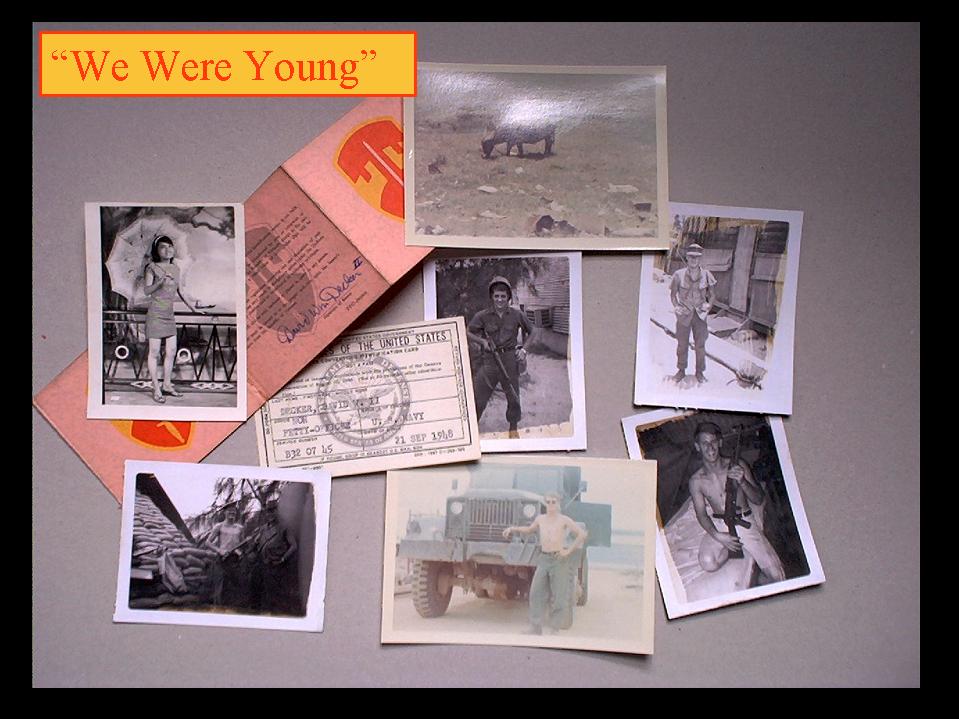