Third Pattern FR693:
Here are some knives that require more research. Perhaps one of our readers can provide some information on them. I had resigned the FR693 knives in my collection to post war fakes. Somewhere I heard they were re-issued WW-II knives for the Falklands campaign. But, two of them are obviously Indian or Pakistani made knives. The third one is a Wilkinson knife, Marked with the coveted ^ B2. This photo clearly shows the lack of definition in the blade on the lower knife. Mr. Ron Flook has helped explain something about these knives. His comments are at the bottom of this page. 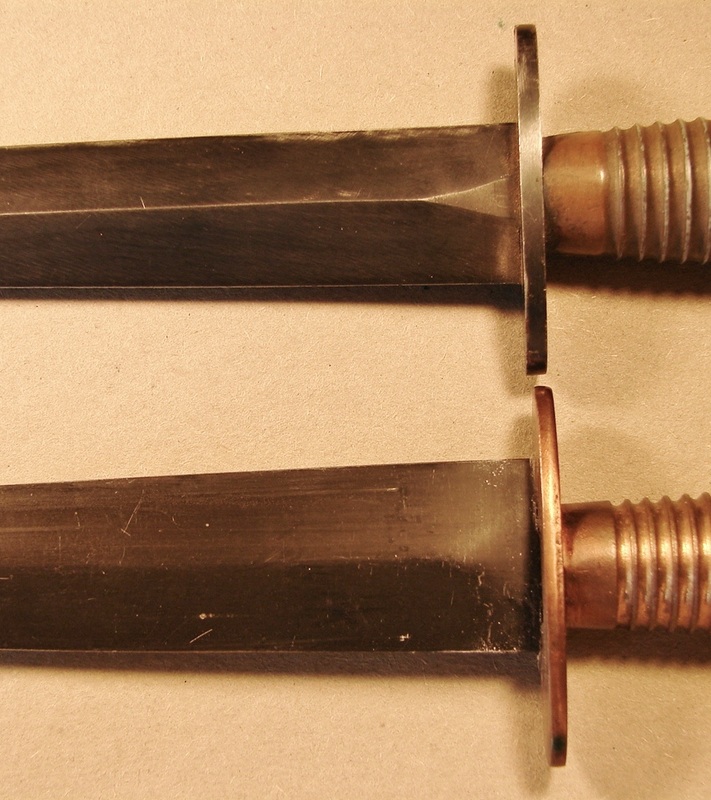 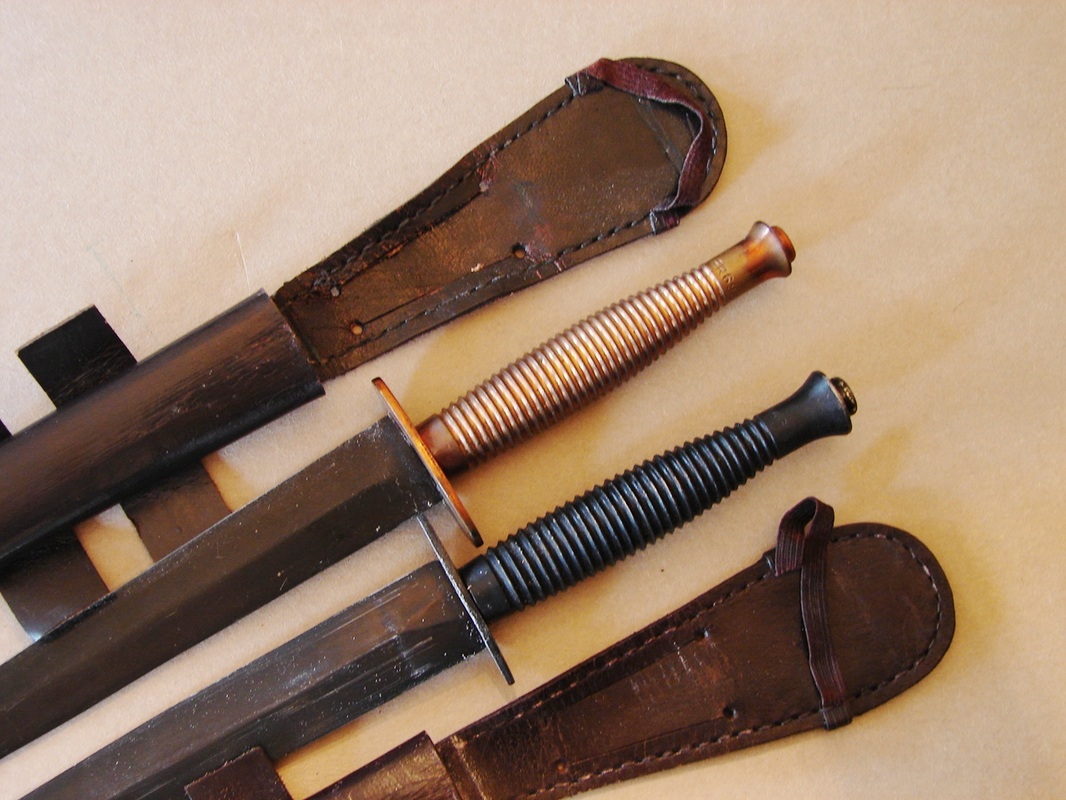 Below: Here is the photo of the genuine FR693 knife from Wilkinson Sword Co. It came in this popular American USM8A1 bayonet sheath 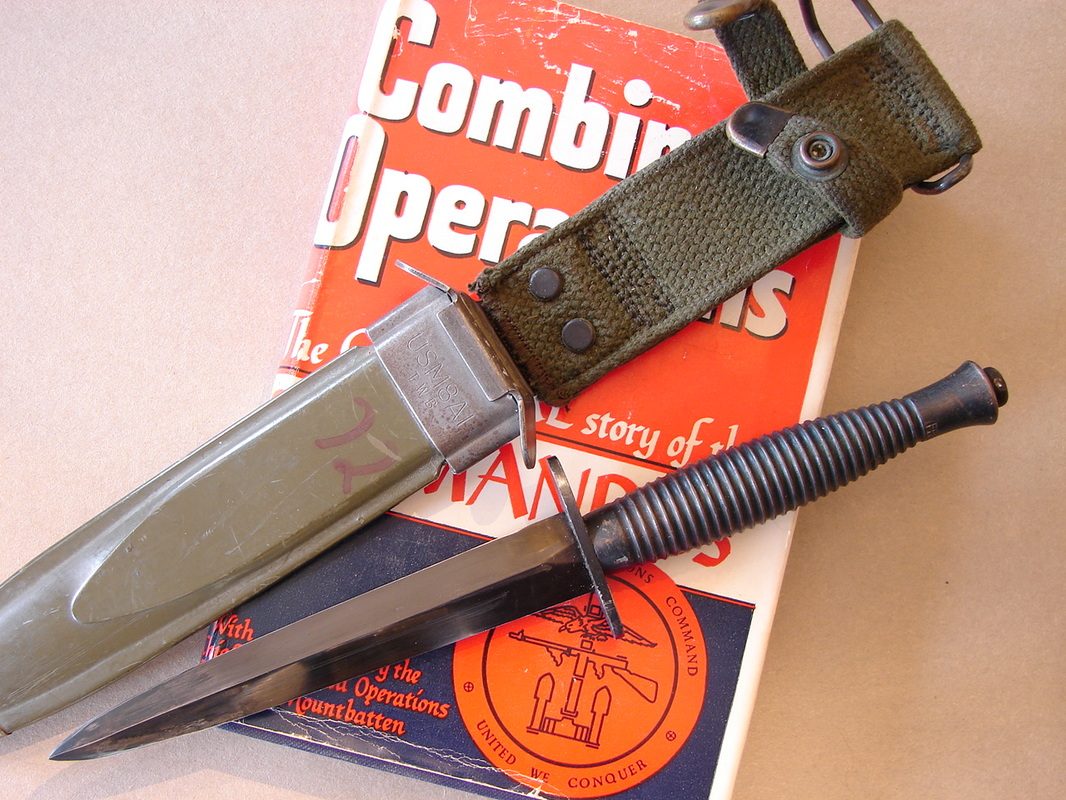 We also have post war knives purchased from Wilkinson Sword which are also marked see my book "British and Commonwealth Military Knives" page 78 for more on these. I also wrote up more on these knives in an article which ran in the Dec 1999 issue of Knife World. These knives have no association with the Falklands War."