Below: A heavily modified Scond Pattern with plexiglas and aluminum washer handle. The top of the pommel has a One Shilling coin soldered to it (crookedly I might add.) The Wilkinson logos are crisp and the blade is etched to a veteran named Vlachos. The grip feels quite good in the hand. Such modifications were very popular with those men who disliked the feel of the cold brass handles. 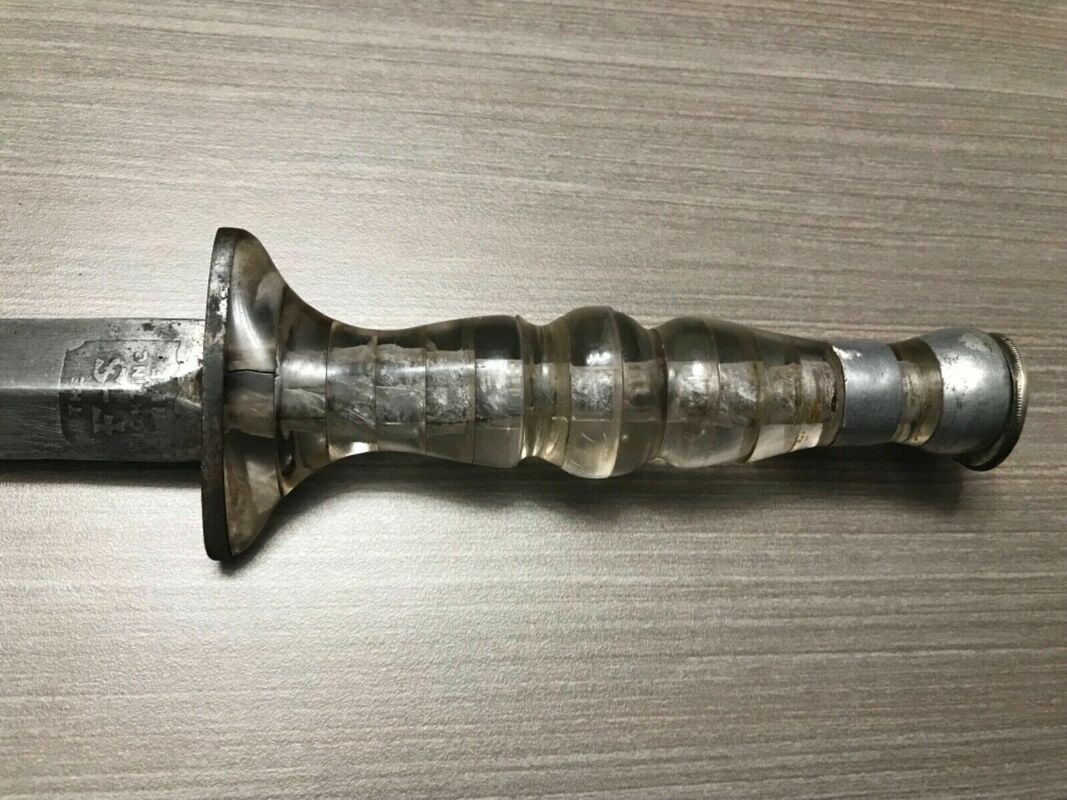 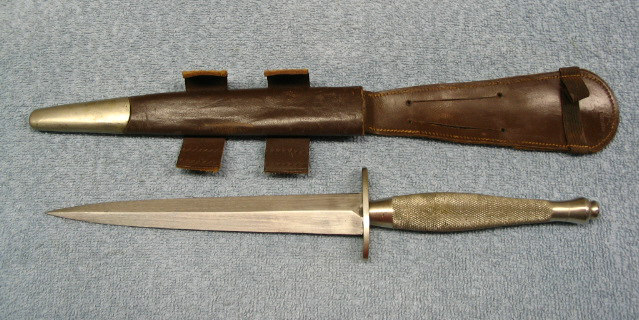 Below: this is an unusual variant of the Second Pattern known as a "Button-hilt" based on the unusually flat pommel. I have seen them made by Wilkinson but other knife makers may have used the same handle casting. The sheath is made from very thin leather that was wrapped around several times to make it thick enough. The chape is missing and the throat is reinforced with thin brass sheeting. The pistol is a Colt 1911 45 ACP. This one was made in the year 1918. This was a very popular, hard hitting weapon, favored by many American and British troops. 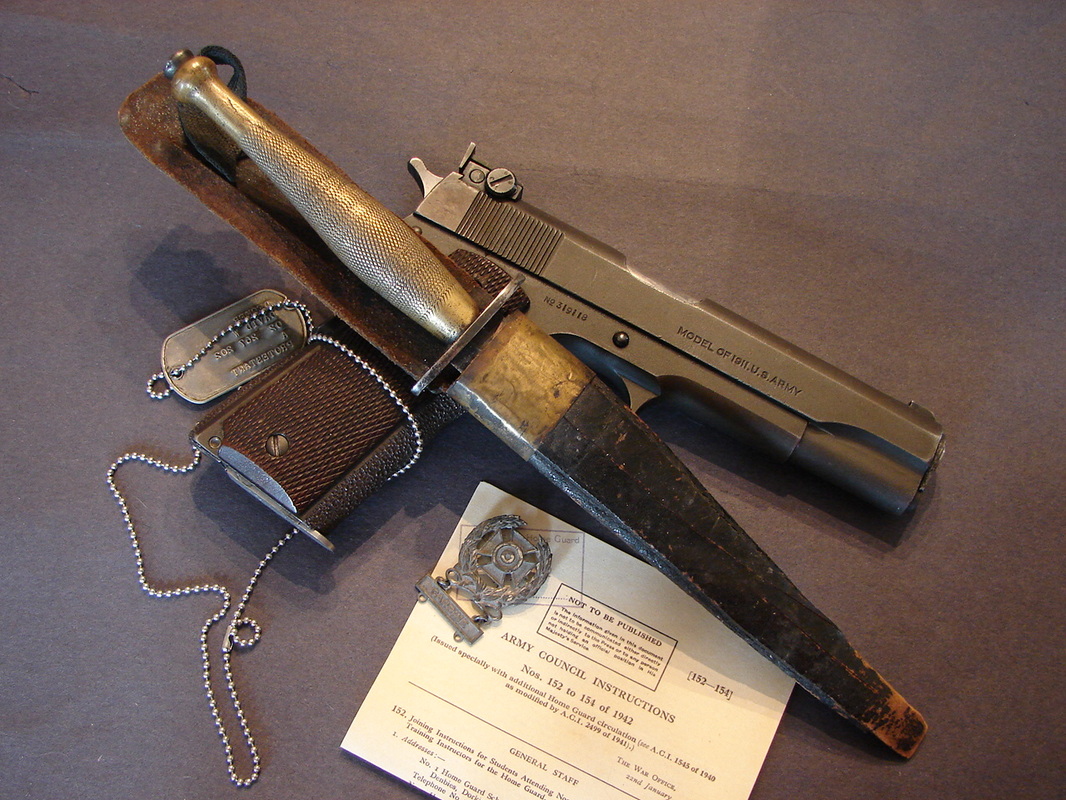 Below: You know at some point it goes beyond a hobby and becomes an Obsession. Every one of these knives has a tag describing its condition, where and when I bought it, what I paid for it, and any other pertinent notes. This information becomes more valuable as time passes and I forget the details. I have also logged every knife in my computer to make it easier to maintain an inventory of my collection. The dollar value is staggering. Many of these knives came out of Canada. The collection will eventually pass to my daughter and the notes will be an invaluable reference for her.