Nickle, Silver, Gold Plated Knives
Below: A nice nickel plated P-2 with a longer P-1 handle. The blade is also longer than usual measuring a full seven inches. It was in a later period sheath which split down both sides for some reason. This a very nice knife with a fully tapering blade unlike some of the fatter blades found on later P-2. It now resides in a lovely nickel plated Parkinson sheath.
Below: A beautiful nickel plated second pattern with an unusual blade etched for the AAC, Army Air Corp. The blade is very slender and beautifully ground. The handle is stamped ^ 60. The maker is uncertain, perhaps Rodgers. The sheath has been modified to include a nickel plated or silver throat and the removal of the traditional frog and sew tabs. The hilt shows heavy wear and loss of plating on the pommel while the blade is pristine. A lovely knife for sure.

Nickle-Plated P-2:
Many collectors refer, incorrectly, to all nickle plated second pattern knives as "officer's models." There is no basis for assigning that title to them. They are among the earliest of the P-2 knives and used up remaining P-1 handles. This does not mean that there were no nickle plated ones made at a later date, as this was still an option. Shown below is a selection of P-2 with nickle plated handles. The second from the left is a Wilkinson Sword Co. model with the etched logos and an exceptionally long and tapered blade. It came housed in an unusual sheath that was perfectly fitted to the blade and had a stout retaining strap not the usual flimsy elastic one. 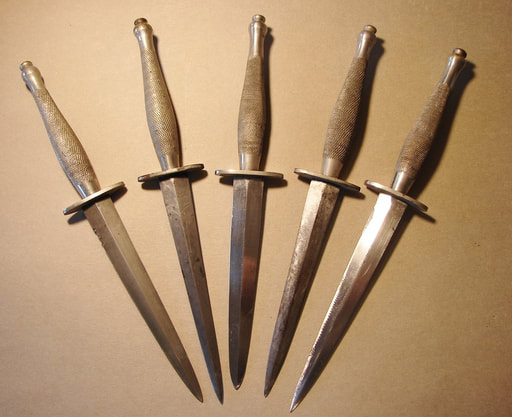 Here is a "spray" of nickel plated second patterns of different blade lengths, assorted top nuts, and in varying condition.

It is amazing how some people lack any sense of reverence for history, or for weapons of a bygone era. Perhaps I should say they just lack common sense, period.
SILVER PLATED: The following knife has a silver plated handle and originally it had a lovely heat blued blade. Much of the bluing is gone and the tip was broken and reshaped at some time in the past. The handle is also notable for the defined ends of the checkering which is also unique. This style of checkering is referred to as "reverse checkering." There are no markings on the knife at all indicating it was most likely a private purchase item. There is a distinct similarity to this blade and those on the Beaded and Ribbed knives,  including the failure rate. Could be they were made by the same company. 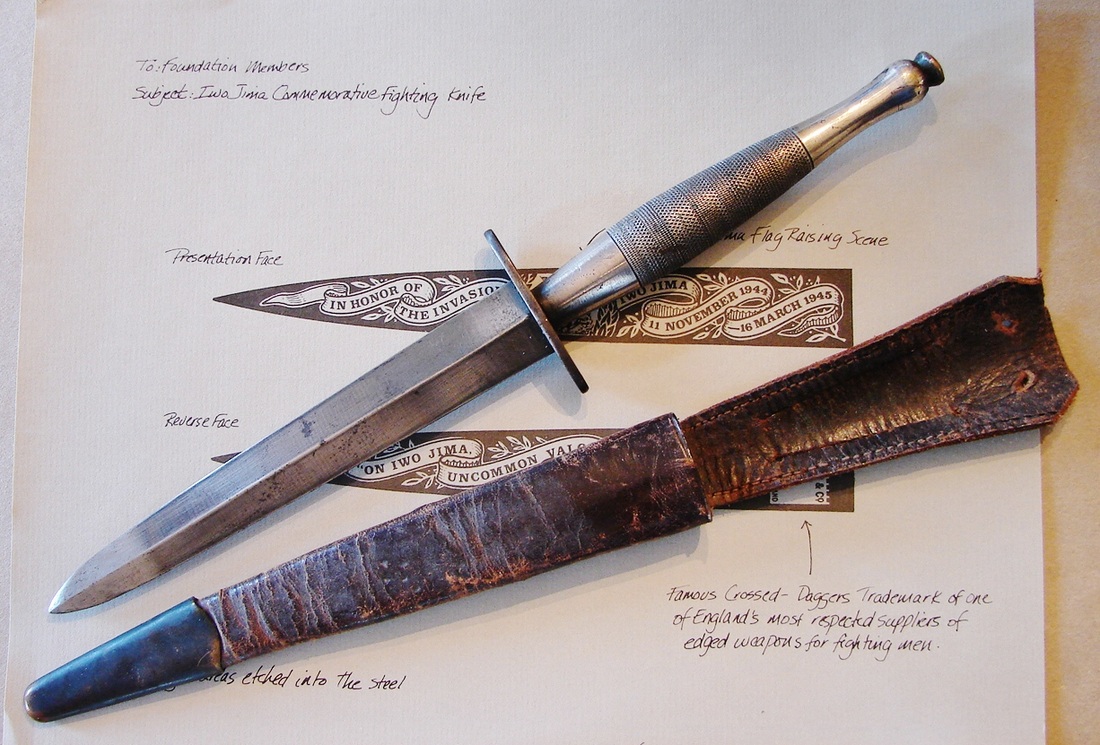 GOLD PLATED: The knife illustrated below is a fine Wilkinson Sword Co. Second Pattern. At some time in its life the handle was given a gold wash or flashing. I am not sure of the process used or whether it was applied when it was new or later in its life. I do know, based on the top nut, that the knife has not been taken apart. The gold remains very bright after all of these years. You will note that the top nut and the guard are un-plated steel. The frog has nearly separated from the body of the sheath something not uncommon with these sheaths. A close look at the pommel region will also reveal the mold offset visible in the casting. The full length blade has an almost frosted surface appearance. 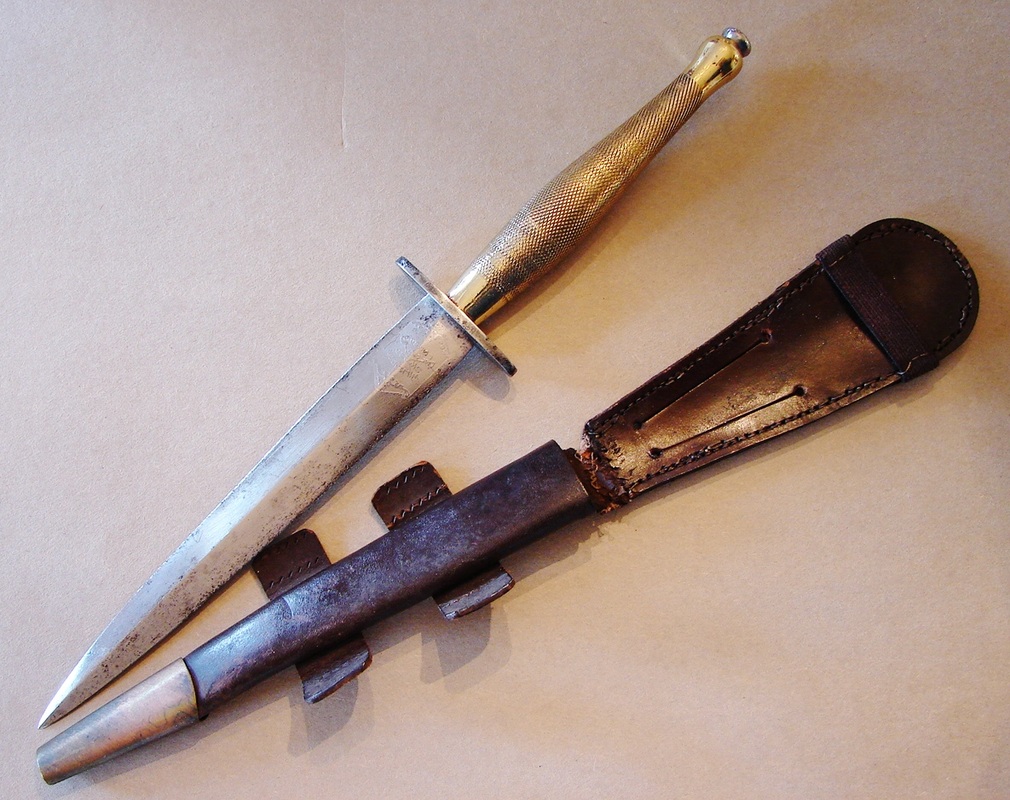