Nickle Plated Third Pattern:
In this section we will look at some of the nickle plated third pattern knives in our collection. It is often very difficult to determine whether a third pattern knife is actual wartime or post war manufacture. Since the production of these knives was in the hundreds of thousands, and supplies at war's end out-paced demands, many of these knives may have been intended as issue items but as over-runs they were nickle plated to make them more eye appealing and boost sales to private citizens. This is just my opinion.

Below: This is a very nice example of a Nickle-plated Third Pattern, probably from the 1950s. It is a Wilkinson Sword with heavy blade and exhibits quality workmanship. Somewhat of a mystery is the condition of the etched logo. You will see the center section of the logo has been very carefully "erased." The lion and unicorn are at the top and the Wilkins logo is at the bottom. In the middle it used to say: "By appointment to Her Majesty the Queen." See for comparison the knife in the photo second from the bottom of this page. Evidently the owner was not a loyal fan of the Queen. The blade has also been carefully sharpened leading me to believe it was carried. Maybe someone in the IRA owned it and had a dislike of the Queen? 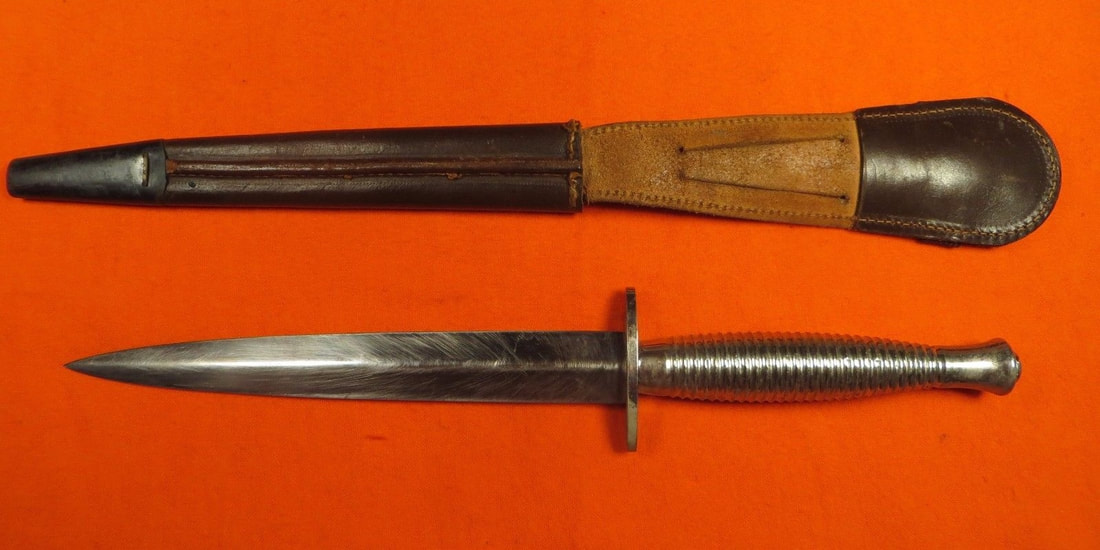 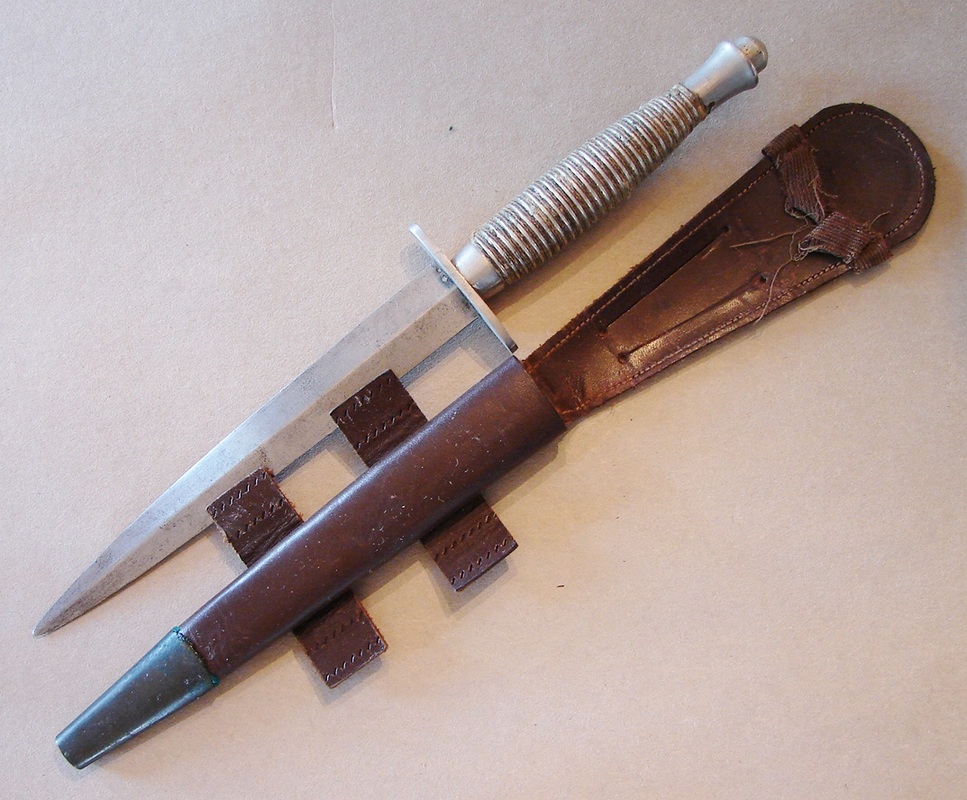 Below: This is not a WW-II vintage knife, perhaps 1950s or 60s. The date indicators are the recessed top nut and the elongated Wilkinson logo. Also you will not find a F-S etch on the reverse side of the blade. Still, it was such a lovely knife I decided to put a photo of it here. These were some of the last of the hi-quality Wilkinson Sword Co. knives. 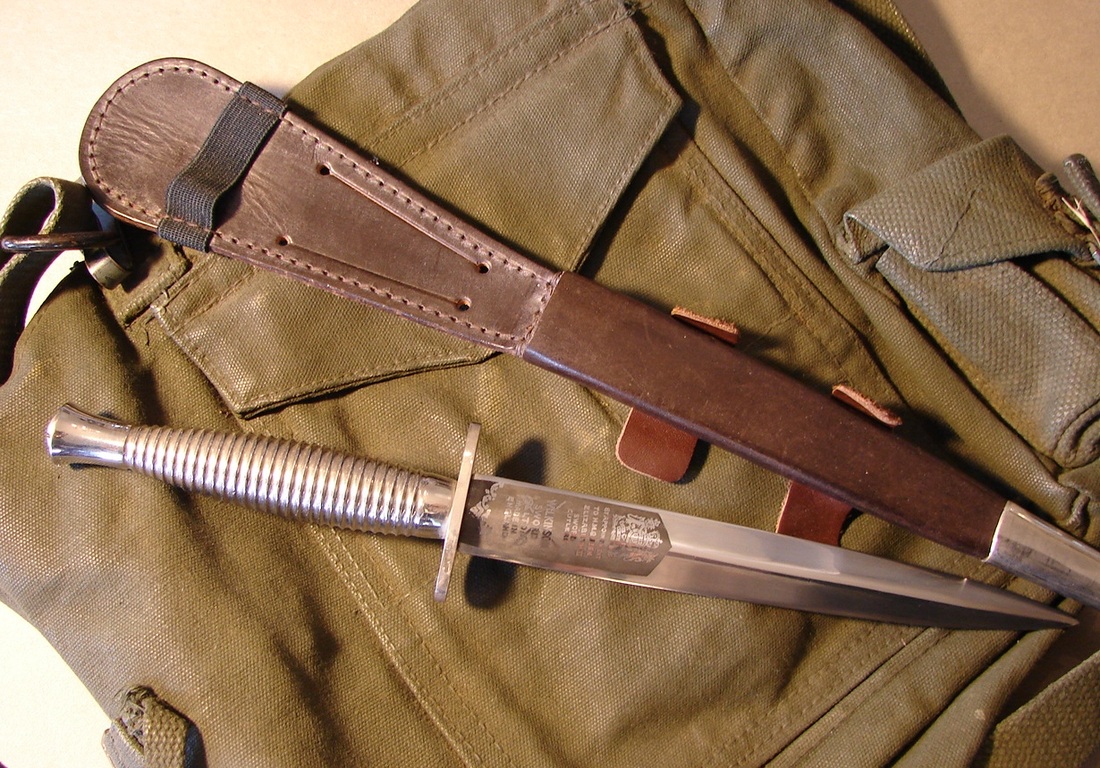 Another photo of some heavy bladed Wilkinson Third Pattern knives. The one on the far left is WW-II. The one next to it may be 1950s or WW-II and the two on the right are post 1960s. 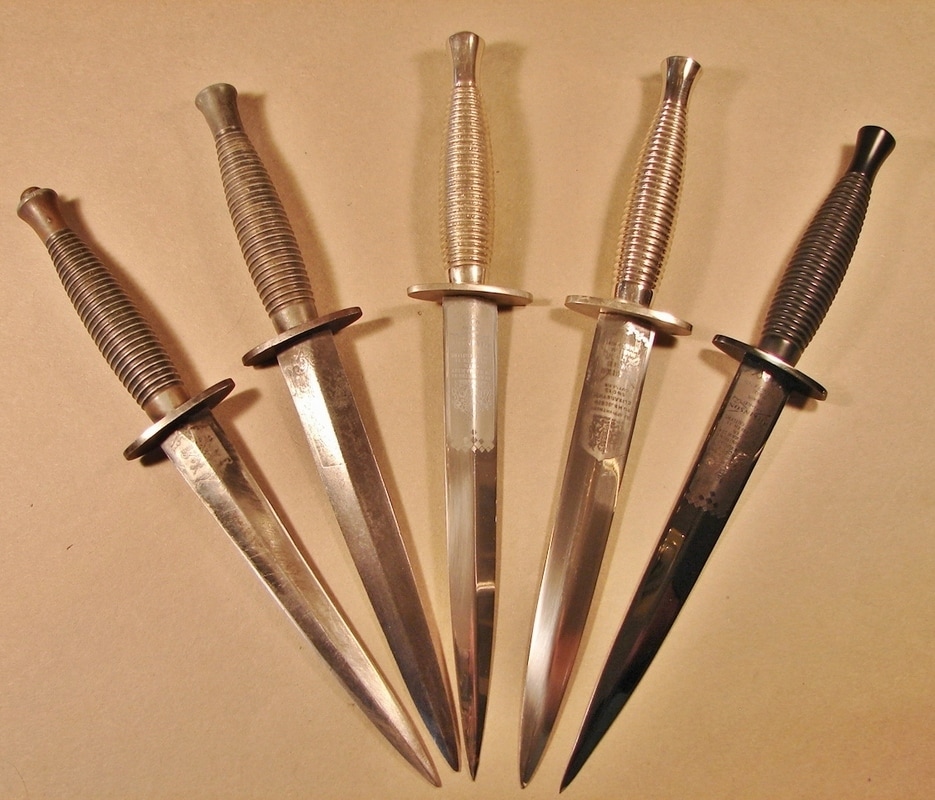